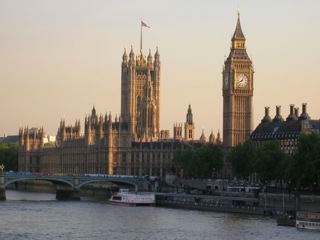 On 12th October, Friends of the Earth staff and local group members along with representatives of Living Streets and the National Trust gathered in Committee Room 18 at the Houses of Parliament to give MPs their views on the Localism Bill and the National Planning Policy Framework (NPFF) which are both currently making their way through Parliament. Among the Friends of the Earth contingent was Denis Walker, Co-ordinator of the South East Essex local group.

Denis shared his concerns that over-emphasis on ‘Localism’ will lead to more decisions being taken without expert input as local authorities are unable to pay for the experts needed in complex planning decisions. This has been happening under the current system too – Southend Borough Council’s decision to approve the expansion of Southend Airport was taken with virtually no input from independent experts as they relied almost entirely on the evidence of the airport’s own consultants.
Among the MPs in attendance at the event were Theresa Villiers, Minister of State for Transport and Shadow Planning Minister Jack Dromey.
In the afternoon, the Planning Policy Advisor for Friends of the Earth, Naomi Luhde-Thompson, gave evidence to an environmental audit select committee examining the NPFF alongside other planning experts including Dr Hugh Ellis, Chief Planner at the Town and Country Planning Association and former Friends of the Earth staff member.
A video recording of this session is available here:
This entry was posted in Events, News and tagged Localism Bill, NPFF, Planning. Bookmark the permalink.